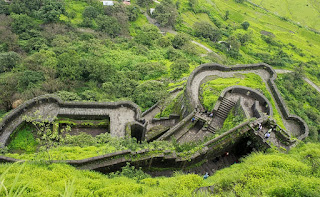 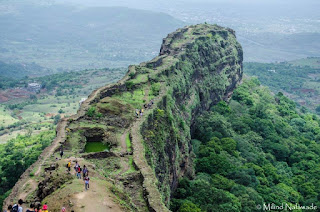 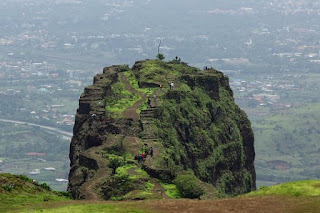 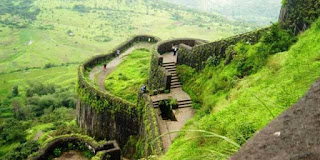 Lohagad is at a distance of 11 km from Lonavala, 66 km from Pune and 114 km from Mumbai.
It is the most visited and popular heritage site at an altitude of 1050 m which separates Indrayani basin from the Pavana basin. Shivaji captured the fort in 1648 with briefly surrendering it to Mughals in 1665 AD and re-captured in 1670. He used this fort for keeping his treasury.
Recently Government of India, declared Lohagad fort as a protected monument.
The fort has been designed in the shape of a tail of a scorpion. We can reach from any of the 4 entrances namely- Maha Darwaja, Ganesh Darwaja, Hanuman Darwaja and Narayan Darwaja. There was also a small cave at the 3rd gate which was previously used for storing food material.
Lohagad Fort is an ideal trekking destination for the trekkers from Pune and Mumbai because of its accessibility, beautiful green surroundings and ease of trek. It is mostly visited during rainy season. Malavli is the base of the trek, which is 7 km from Lohagad and it can be covered in two hours.
Distance from 7 Scooters Magarpatta: 74.6 KM
Distance from 7 Scooters Chinchwad: 52.9 KM
To rent a scooter visit www.7scooters.com.
collegeadventure ConvenientRides onedayrentals puneadventure punetrekking QualityVehicles ReliableRentals rentscooterinpune rentvespapune scooterrental scootyforrent
Location: Pune, Maharashtra, India 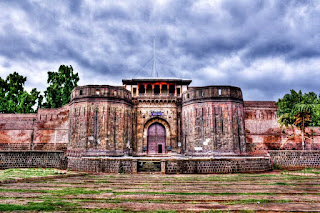 Shaniwar Wada was built in the historic City of Maratha Kingdom in 1732. It was under Peshwas of Maratha empire till 1818. It was a historic structure for military defenses to protect the city against any attack. As per the design, Shaniwar Wada was a seven storied building in which all the floors were planned to be constructed of stones, but because of construction complications only first floor was built of stones while the rest of six floors were of bricks. After 90 years  of completion, when it was attacked by British Artillery, only six floors which were made of bricks collapsed, while the base made of stone remained, which can also be seen today in Pune. Shaniwar Wada has 5 Gates- Dilli Darwaza: This was a main gate, north facing towards Delhi. Mastani Darwaza: It is also a north facing gate, used by Bajirao-I’s wife Mastani for travelling out of palace. Khidki Darwaza: It was an east facing gate named after an armoured windows. Ganesh
Read more 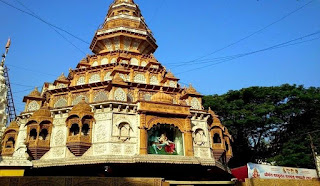